2017’s BullFest|MIAMI kicked off with a Friday night party at E11even in Downtown Miami. The entire parking lot was reserved for Lamborghinis only and was full of them in no time. The group had dinner on the scenic rooftop and then proceeded to party the night away in the club downstairs.

A late Friday night necessitates a late Saturday start, so around noon the group met at Prestige Imports Lamborghini Miami for our customary BBQ cookout. As the afternoon progressed we found that we were near capacity with over 100 Lamborghinis! Then a great surprise – Kris Singh pulled up in his Lamborghini Veneno – one of only three in the world – causing quite the scene.

With the help of local police, Biscayne Boulevard was briefly shut down so all the Lamborghinis could get together on the road and head out on the first drive of the weekend. The route took us to Port of Miami and then through the tunnel to best hear the Lambo engines screaming, and on to Key Biscayne. After a couple of hours rest time, we reconvened for dinner at the River Yacht Club on the Miami River. Sunday was an early start, so BullFesters were cautioned to get some rest after dinner. 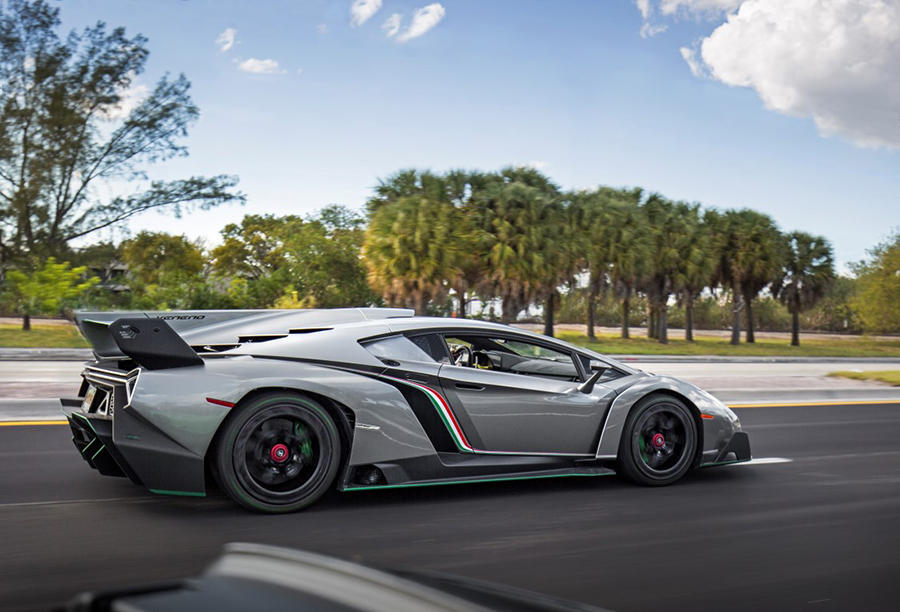 With the Miami Skyline and beautiful palm trees as a backdrop, BullFest participants gathered for breakfast at The Deck at Island Gardens. Following a drivers meeting, the group set off north towards Palm Beach International Raceway. Some paced laps to explore the track followed, and then we had the rest of the day to take advantage of the drag strip. Including settling all questions of who exactly was faster than whom; with races between Gallardos, Murcialagos, Aventadors, Huracans, and of course twin-turbo variants putting on a show.

Check out the video below and click here for many more photos.